Sarah Gilbert - The Guardian - 25JUN17 At almost every Brazilian gathering you’ll find pão de queijo (pronounced pow-ge-kay-ju) on the table: small golden cheese balls with a crunchy crust, a light, fluffy centre and a slightly tart flavour. They are similar to French gougère but are naturally gluten free. Its culinary roots can almost certainly be traced back to the landlocked state of Minas Gerais in south-east Brazil. It’s thought that the indigenous Guaraní peoples pounded native cassava, otherwise known as yuca or manioc, to make basic bread long before the arrival of the Portuguese in 1500. When the colonisers settled in Minas, bringing with them African slaves – the colonial capital Ouro Preto was at the heart of the Brazilian gold rush – they discovered that the land wasn’t suitable for cultivating grains like wheat, and turned to this hardy, starchy tuber. Like bitter almonds, cassava

So easy and so delicious !!!

Try Forno de Minas Cheese Rolls with your favourite dip. Here we have a few yummy suggestions for you!

Açai Berry bowls are delicious and so easy to prepare ! Just follow the instructions in the video. You can use your favourite granola, fresh fruits and honey or agave syrup. You can be as creative as you wish !!! 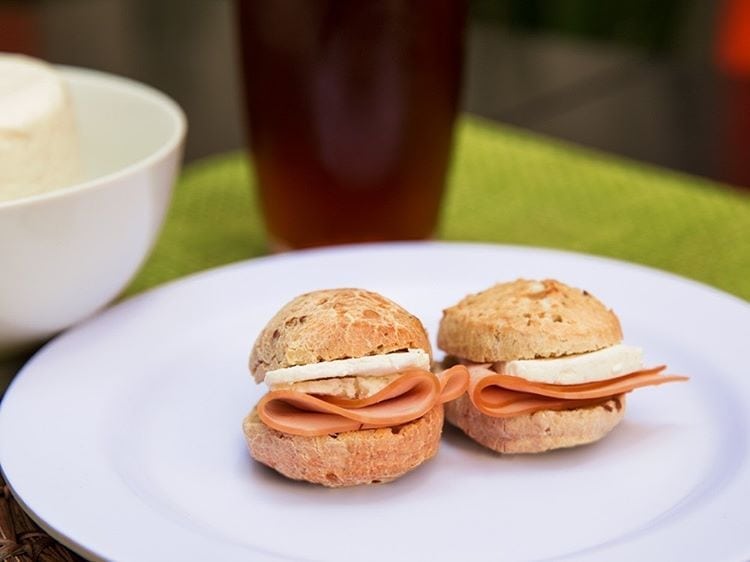 For your Sunday Brunch or that special afternoon snack, just cut a Large Forno de Minas Cheese Roll in half, spread butter, add slices of your favourite cold cut and cheese. You may also add a hint of mustard or a drop of pesto sauce for added flavour. Voilá !!!